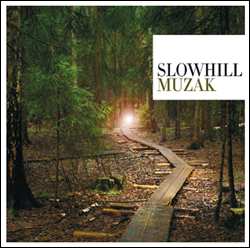 The need to define time, an era and its “spirit” has been a characteristic of (post)modern culture. Where contemporary diagnoses are concerned, the words of the philosopher and essayist Walter Benjamin (1892–1940) hit the mark: “Surely the time of the soothsayers, who divined what lay hidden in the lap of the future, was experienced neither as homogenous nor as empty.”
Originating in the 18th and 19th century German romanticism, the concept of Zeitgeist has been considered important and feasible in academic circles, arts, and culture journalism alike. As a generalisation, it can be stated that “the spirit of the age” has been used to attempt to define a general meaning and mentality, i.e. the key values, goals, and central themes present in a certain moment in a given culture.

We can try to track down the Zeitgeist of any century or decade. The thematic similarities between different times are especially interesting.

It should be mentioned that the term ’Zeitgeist’ has natural links not only to the theologian and poet Johann Gottfried Herder (1744–1803), but especially to the intellectual heritage of G. W. F. Hegel (1770–1831): to the interpretation of culture as a continuous dialectic (thesis, antithesis, synthesis) in the form of the ”spirit” identifiable in a given age.

Besides mass media, coffee table discussions, and daily talk, the spirit of the age is visible in contemporary literature, architecture, graphic arts, and music. However, historians tend to take a sceptical view of the concept because mapping ”the spirit of the age” often equals a presentation of black and white generalisations and everyday media trivia.

The issue also evolves around power: the spirit of the age and other generational concepts are often primarily defined by people who consider themselves to be at the core of development and the present.

Ecological catastrophe? Biosociety? Cyborgs? Ubiquitous technology? The rise of China and Asia? The future of Europe?

Even though our time is scattered and full of overlapping interpretations, it is not difficult to find general themes defining the contemporary Zeitgeist. Machines and technology, the mechanisation of life, the networking of people and things, the acceleration of numerous processes, internationality, the breaking of various barriers, and the multitude of economic and societal turbulences have been key denominators of the discussion on modern culture and society.

During the last twenty years, especially globalisation, media and information technology, and knowledge and experience societies have formed the central themes around which the attempts to define this age, its values and its ”spirit” have evolved. However, old, historical ideas still act as the background for contemporary terminology. Announced revolutions, transformations and leaps forward ever too often prove under critical analysis to be nothing but contemporary utopias.

Is there anything new under the skies? The recent and on-going debate on information society and digital media as well as the claimed “revolutions” can justifiably be compared to the development and build-up of rail and telegraph networks of the 19th century.

In their time, the telegraph and the railroads were supposed to – pretty much in the same vein as today’s Internet, mobile communication, and teledemocracy – deepen the interaction between nations, cross the tight national borders, prevent wars, and enable fast and friendly communication between individuals.

Academic theorisation has, in recent years, underlined issues such as globalisation, postmodern, nomadism, and identity games. The spirit of the age inspires philosophers, sociologists, semiologists and futures researchers alike.

On the other hand, spiritual values (retreats, meditation, yoga, new age, etc.) and issues such as slow life have been on the rise in value maps – all acting as a sort of a counter balance or opposing trend to the accelerated, cynical, supraconnected contemporary culture that sometimes seems to suck the blood out of us all.

According to critics, excel sheets have become the spiritual barometers of our technocratic and money-greedy age: everything is measured and weighed naively, short-sightedly and regardless of consequences – even though the importance of a wide panoramic view and synthesis are acknowledged.

Once again, it is wise to look at the classics. The Europeans suffering from stress, hurry, and work exhaustion need to remember how sharp-eyed observers described the fin-de-siècle of the late 19th century as an era and a society of nerved individuals tired of the multitude of advancements and upheavals, as a feeling of the end of culture, and as an experience of a world of dying ideals.

The theme ”end” or ”final days” has been popular recently whether we look at the escatology prophecies of various religions or contemporary literature. According to the poetic vision of T. S. Eliot the world does not end with a bang but a whimper. Furthermore, we should keep the inspiring words of another contemporary author in mind: we should not expect too much from the end of the world.

We are soon to enter year 2010. Surrounded by financial crisis, climate change, pension bomb, and swine flu, the Western soul is troubled by confusion, fear and contradicting moods.

Culturally pessimistic prognoses portray world wars, revolutions and the downfall of the Western civilisations. The optimists, on the other hand, smilingly await the future – as naively as the folks on the upper decks of the Titanic once did, the sceptics would say. All in all, we live in a hectic, turbulent, and questioning age.

Where Zeitgeist is concerned, key words include speed, movement, and change. In fact, it would not be surprising if dromology (dromos is Greek for a race or race track), the science of speed formed by the Frenchman Paul Virilio would become one of the fashionable sciences of the near future.

This album, Muzak, by SlowHill consists of ten calm musical pieces that enjoyably stimulate the mind. I have listened to the album continuously as the rich colours of the Finnish autumn slowly turn into the dark of early winter.

Muzak is an inspiring musical experience and an excellent soundtrack of slow life and slow values. It acts as a pleasing counter strike and as a Hegelian antithesis to the information glut and contemporary buzz that dominate our time. The soundscape of the record opens up especially well if enjoyed peacefully surrounded by candles and accompanied with a nice cup of tea, a glass of wine, or a long cigar.