Tapani Rinne (b. 1962) is a Finnish musician, composer and record producer, who is known for his experimental and innovative style with the clarinet and saxophone.

An avid student of clarinets and saxophones since the age of eight, this man of integrity rightfully belongs in the “Hall of Fame” of the most respected Nordic instrumentalists. As a solo artist, the reedsman/composer has made his mark through close collaborations with fellow Finnish iconoclasts Edward Vesala, Raoul Björkenheim, Kimmo Pohjonen, Wimme Saari, and Iro Haarla.

As a leader of the pioneering techno-jazz group RinneRadio whose mix of meditative jazz motifs and electronica has been welcomed with open arms all over the globe — the man has released twelve albums since 1988 and operated with vanguardists such as DJ Spooky and Mika Vainio.

His experimental and innovative style with the clarinet and saxophone can be heard on three of his ambient-based solo albums and on the “duo albums” with Jimi Tenor (’Suburban Sax’, 1991) and percussionist Teho Majamäki (’Inside the Temple’, 2011). 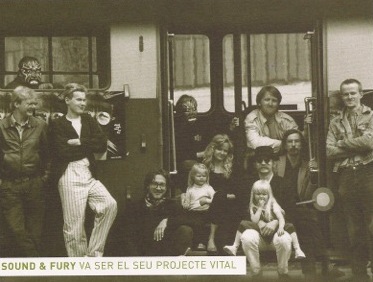 As many youngsters at the time, Tapani began his musical studies in the sax section of the Pori Big Band in 1974, and was to reach the first watershed of his musical career nine years later. After spending the period between 1981 and 1985 studying the clarinet at the renowned Sibelius Academy in Helsinki, he decided to broaden his horizons by participating in composer/drummer Edward Vesala’s controversial Sound & Fury workshops.

This collaboration, which was to bloom until the guru’s untimely demise in December 1999, commenced with Rinne’s appearance on the legendary 1989 Vesala album ’Lumi’. During the 1980’s Rinne would also continue to hone his trad jazz chops among the ranks of the UMO Jazz Orchestra and the EBU Big Band. He took on a variety of session gigs and performed at the Finnish National Opera, but stayed close to the Sound & Fury circle for the last five years of the decade.

Testament to the radical experimenter’s individual style can be found on guitarist/composer Raoul Björkenheim’s debut album ’Ritual’, released in 1988 under the group name Krakatau. Also in 1988, Rinne released the eponymous debut album of his group RinneRadio. This recording was produced by Edward Vesala and consisted mainly of his compositions.

The “moral” debut of RinneRadio came two years later in the form of ’Dance and Visions’. For this disc Tapani assembled an eclectic team of front-row musicians and composed all but one of the nine tunes himself. Such was the local enthusiasm that RinneRadio was dispatched to represent Finland at the annual EBU concert. Thus began a long and winding road of numerous tours and concerts abroad. 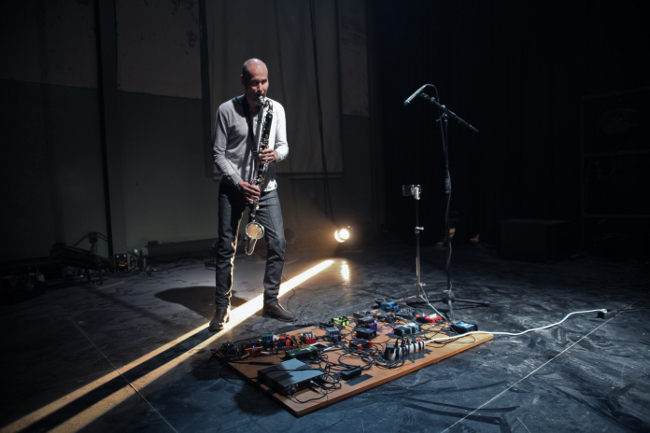 During the years of primary international recognition, i.e. the era from ’Joik’ to ’Rok’, Rinne’s most important collaborators were bassist/synthesist Jari Kokkonen, sampler/sequencer wizard Kimmo Kajasto and studio mastermind Pauli Saastamoinen. The latter remains Tapani’s right-hand-man to this day, but along the way the fluctuating line-up has mostly been embellished by turntable specialists and percussionists. A separate mention must be given to the live remix sessions conducted with Mika Vainio (of Pan Sonic fame) in March 1995 and DJ Spooky in July 1997.

A new dawn broke for RinneRadio with the release of ‘Pan’ in 2004. With this mostly “live-in-the-studio” album Rinne introduced two new musicians eager to take on the world with their novel vision — this time in the ranks of RinneRadio. Samplerist/synthesist Verneri Lumi (aka Tuomas Norvio) and percussionist Juusonik (aka Juuso Hannukainen) had both cut their teeth with leading Finnish pop and rap teams before bringing their unique flavour to the table. The album also featured the violin virtuoso Pekka Kuusisto in a major role.

Even though maintaining a tight focus on RinneRadio, Tapani has also thrived as solo artist and producer. He has written music for theatre, radio readings, cinema, dance and modern circus and created the sonic setting for several art exhibitions.

Rinne’s solo debut ’Insider’ came out in 1999 and was followed by ‘Nectic’ in 2002. ’Insider’ was based on the music he composed for the Swedish television series with the same name. Both of these discs present a somewhat subdued side of Rinne as a music maker by concentrating on the atmospheric works he has written for film, TV and various performances and installations. Yet another aspect was revealed by the 2000 collaboration ‘Forces of Light’ with the Russian techno/ambient duo New Composers. Tapani continued his solo excursions in 2005 with the ’Silent Night’, which featured new interpretations of traditional Christmas carols.

A one of a kind adventure was ignited as percussionist Teho Majamäki told Tapani about his trips to India and the marvelous acoustic spaces he had encountered there. The fellow musicians packed their instruments and set off for India to record in the temples of Maharashtra. The resulting album is something that couldn’t have come to exist anywhere else. The subtle sounds of Rinne’s clarinets and Majamäki’s udu and santoor blend into the atmosphere of the caves, accompanied by the distant howls of wild animals.

Another fine, still ongoing, team effort was kickstarted already in 2001 as Rinne joined forces with Vellu Maurola (aka DJ Slow of Pepe Deluxè fame). The duo was named SlowHill, and the debut album ‘FinnDisc’ was released to massive critical acclaim in 2002 by Blue Note Finland. The follow-up, ‘Fennika’ came out in 2005 and Summer 2010 saw the release of the third SlowHill album, called Muzak. A totally new avenue for Rinne, SlowHill is best described as downtempo or lounge music.

All of the aforementioned aside, Tapani has worked tightly as a band member and producer with Sámi joik singer Wimme Saari on the albums ’Wimme’ (1995), ’Gierran’ (1997), ’Cugu’ (2000) and ’Mun’ (2009). The latter was a world music hit all over Europe, staying on the World Music Charts Europe Top 20 radio chart for a respectable four months in 2010, peaking at number 3. Following the albums success, Wimme and his band had several corcerts abroad in 2010 and a tour of seven performances in China in September.

In Arpil 2011 the Wimme album ’Mun’ gained Tapani the grand Teosto Prize, granted by the Finnish copyright collecting society Teosto. “In ’Mun’, consisting of works by Wimme Saari and Tapani Rinne, and arrangements by Tuomas Norvio and Tapani Rinne, the traditional yoik and new sound worlds are combined excitingly. The relationship between the contemporary and the traditional is both joyful and playful,” the jury commended.

The Teosto Prize is perhaps Tapani’s most prestigious award to date, but it wasn’t his first. He is the 1992 recipient of the Georgie Award (aka “The Jazz Musician of the Year” as awarded by the Finnish Jazz Federation). In 1994 critical merit headed RinneRadio’s way too, as ’Unik’ brought home the Jazz-Emma — aka the Finnish equivalent of the Jazz Grammy.

Tapani Rinne performs regularly on the Old and New Continent, Japan and Africa with RinneRadio and Wimme. His work has received rave reviews in such magazines as The Rolling Stone (the USA), Les Inrockuptibles (France), The Wire (the UK) and Orkesterjournalen (Sweden). For example David Rothenberg from the New York Times descibes Tapani Rinne as: “...Finland’s Tapani Rinne, perhaps the world’s only techno bass clarinetist, is hard to stop listening to... There is something to be gained by melding the organic reed with the cool computer, it is a lonely northern forest sound unheard before now.”